Hitori kakurenbo (一人隠れん坊) means playing hide and seek by yourself. It sounds silly, but it’s actually a super creepy, Japanese urban myth that involves you all alone at night with nothing but a stuffed animal, some red thread, and a knife.

Come listen to this month’s Uncanny Japan where I talk about how to play hitori kakurenbo while my binaural mics pick up all the sounds of sitting beside a river at dusk.

This month is the first time there’s a transcript of the show. Podcast itself at the bottom of the page.

Hey hey everyone, this is Terrie. I just got back from Rhode Island where I attended StokerCon. If you’re new to the podcast or you didn’t listen last month and maybe you just don’t know, I was nominated for a Bram Stoker award from my collection The Carp-Faced Boy and Other Tales. Joe Hill indeed won the award and I’m totally OK with that because I met so many amazing people and had a great time.

But, after returning to Japan, I find I’m in a kind of creepy mood. Maybe it was being around all those horror writers or maybe it was being in the haunted Biltmore Hotel, I’m not sure, but today’s podcast is going to be a scary one, so be warned. Or better yet, wait until it’s late at night when you’re all alone and then listen to this with your headphones.

Today I’m going to tell you about a Japanese urban myth called “hitori kakurenbo.” “Hitori” means alone or by yourself and “kakurenbo” is hide and seek. So it sounds silly, right? Playing hide and seek by yourself, but it’s not. It’s some really messed up stuff. Real quick, I first heard about this back in 2007 and I wrote about it online in 2010. I’m pretty sure I was the first, if not one of the first people to ever write about this in English at the time, but some jerk stole my article, changed a few words and he got a whole bunch of attention and, well, anyway, just recently I checked and there’s a whole bunch of stuff out there. Uh, YouTube videos, stories, everything about hirori kakurenbo. So, if you’re brave and you want to read more about this, there’s always that. So let’s get started. Here’s how you play “hitori kakurenbo” or hide and seek by yourself.

What you’ll need: You need a stuffed animal that has arms and legs. A heads up, it’s probably a good idea to buy something that you’ll want to dispose of, hopefully burn later. You don’t want to use any kind of stuffed animal that has sentimental value or that you’re particularly fond of. You’ll need some rice, fingernail clippers, a needle and red thread, a knife or a box cutter or some instrument that is used for cutting, and lastly, a cup of salt water, although I’ve read that sake also works well.

Before you start playing the game, there is some setup that needs to be taken care of. First, give your stuffed animal a name. For argument’s sake, let’s say you’re using a teddy bear and his name is Cuddles. Slice Cuddles open right through the belly and remove all his stuffing, replacing it with rice and also some of your fingernail clippings. Use the needle and thread to sew, cuddles, back up, and if there is any more thread, instead of cutting it, just wrap it around the doll.

Next, find a place where you want to hide and put the cup of salt water there. A closet is recommended, probably easier to get into than under a bed. Then you’ll go to the bathroom and you’ll fill the bathtub with some water. A sink will do in a pinch. It doesn’t have to be full, but just enough to kind of submerge Cuddles. Make sure no one is home or coming home soon. Wait until it is 3:00 AM and now you’re ready to start the game.

Then, you drop Cuddles into the water and you leave the bathroom. You turn on the TV to a channel with static. Now, I don’t own a TV and haven’t for a while, so I don’t even know if they have stations with just static anymore, but back in 2007 they did. So you do that. So the TV’s on, Cuddles is in the bathroom, you go, you turn out all the lights in the house. You’re allowed to use a small flashlight. I’m guessing a lot of people use the flashlight on their cell phones.

So, you’re in the dark, you stand there with your eyes closed and you count to 10. After you reach 10, you return to the bathroom and using your little flashlight, you find Cuddles and the water and you say, “Cuddles mitsuketa,” or, “Cuddles, I found you.” And again you say it three times. You retrieve Cuddles from the water and you stab it through with your knife or your sharp instrument and you drop him back into the water.

Next, you say, “Tsugi wa, Cuddles ga oni dakara.” And you say that three times, you say it in English, which would be, “Next, Cuddles you’re it.” And then, you turn and you run out of the bathroom and you find your hiding place with the salt water. All the lights are still out, you turn your flashlight off, you get very quiet and you wait.

Now this is when all kinds of weird things are supposed to happen, so you’re just quiet, the house is, dark, the TV’s on some kind of staticky channel, and theoretically Cuddles is looking for you. If you go online, you can find all kinds of stuff that people say happened ah, again, even YouTube videos now, recordings, the TV’s supposed to turn off and on, it changes channels, you hear footsteps, you hear voices, uh, you name it, people have experienced it. It’s kind of fun to look around and see what people are writing about. But anyway, you stay hidden, right? You don’t want to come out at least not yet. So you stay there until you can’t take it anymore or until there’s a lull in whatever activity seems to be going on, and then you end the game.

In order to end the game, you take your cup of salt water and you sip it, don’t drink it, you sip it and you hold the water in your mouth. You take the cup and your flashlight and you leave your hiding place and you go and you hunt for Cuddles. The operative phrase here is, “hunt for Cuddles,” because it’s said that a lot of times he will not be where you left him in the bathtub, he’ll be somewhere else. So let’s assume that you find him and he’s not poised with a knife ready to jump at you from, like the top shelf of something, so you find him. What you do is you quickly spit the water all over him and then you douse him some with what’s left in the cup and you say, “Watashi no kachi,” three times, which is, “I won, I won, I won,” three times. The rules state that you have to finish the game within two hours, which is probably a good time, you don’t want to let him out there wandering around for too long. And, after you find him and after you douse him with the water, uh, within the next day or two, you should probably burn Cuddles.

I first fell in love with this urban myth over 10 years ago because kids would play it in real time on the Internet with each other and then other people could watch and kind of lurk and see what was going on. So they’re doing this, the setup all together. They’re showing pictures of which animals they’re using, what names they’re giving the animals, they’re texting back and forth and showing their hiding places, using their phones to take photos, like, they’ll reach out from the hiding place if they hear a noise and they’ll take a photo in the dark, and recording or just recording things like the TV going nuts or sounds, and it’s really, it’s just so suspenseful and kind of cool to be a lurker and all that because I sure wasn’t doing it. And the best part was invariably one of the people in the group would have forgotten to bring the salt water to his or her hiding place, and the whole group that’s participating would start to worry about this person and then that person would suddenly, you know, like, they’re, they’re hearing sounds, there’s someone coming, there’s someone in the room, they can hear someone in the room, there’s someone at the door, and then abruptly they’d stop texting…and just stop. They never texted again. It was done and the entire group would freak out and I’d freak out.

Like I said, there’s a lot online about hitori kakurenbo these days, and being an urban myth, a bunch of new things have cropped up and evolved over the years. There’s something about a chicken heart now, but basically I like the bare bones, what I just gave you, that’s the original. And it’s really just awesome. It’s well honed, and it’s a creepy game and it’s perfectly suited for this Internet generation that we have here. So if you’re brave, you can try it. And if you’re just a little bit brave, you can go and you can read or watch YouTube videos.

Thank you for listening. Sleep well and I will talk to you next month.

2 comments on “Playing Hide and Seek by Yourself (hitori kakurenbo) (Ep. 16)” 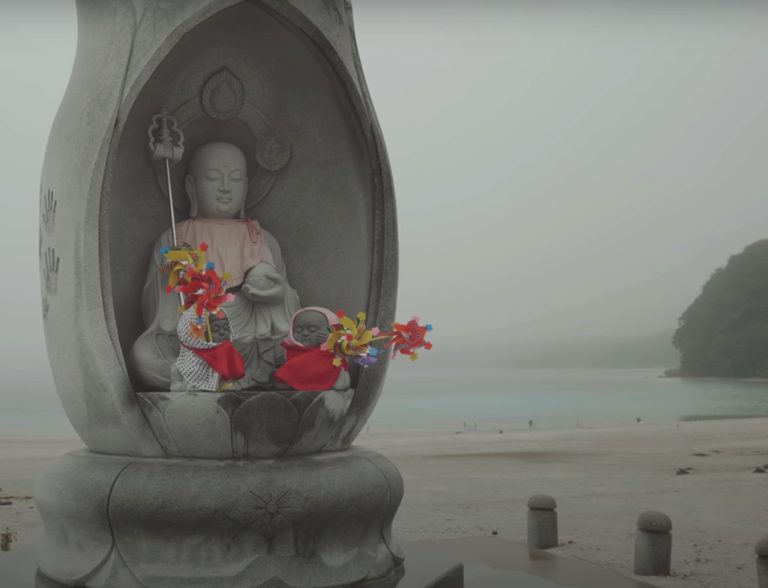 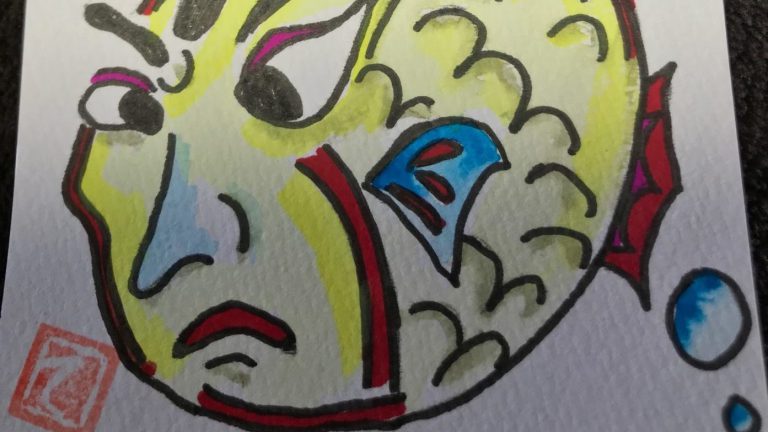