In Japan the Shichifukujin or Seven Lucky Gods appear in a boat on the first day of the year to impart various kinds of luck on those they deem worthy.

It’s January first, early morning, and there you are shivering on a beach, looking out over the ocean at the first sunrise of the New Year.  The sky and water are tinged orange, scarlet and gold. A tiny sliver of sun just visible on the horizon grows. But as it does, there, backlit against the beauty, is something else. A boat.

As the sun climbs, the boat is getting bigger, closer.  Until it is so close you can read the sail flapping in the wind. There, splashed in black ink is the character for Baku. Baku, the dream eater. A little jolt of deja vu runs through you. Ahem: episode 65. Oh, look. It’s so close now, you can make out people on the boat. They’re all standing stoic, hair and robes blowing in the wind. They’re getting so close, you can now count seven of them. They’re such a motley crew.

Then one of the passengers, the one whose wearing armor and carrying a spear looks in your direction, stretches out his long arm and points at you.

Who are these boat people and why are they coming for you? What do they want?

Where Are the Seven Lucky Gods from?

They are indeed an varied bunch, coming from India, China, and Japan. A team of lucky gods, each with his or her own colorful story, that while found in artwork all year round, make a special trip down from heaven on January first, to visit for seven days. They’re here to bestow good fortune to those they see fit to have it.

Through history they were at one point or another worshipped separately, but in the Muramachi Period they were brought together and are often, but not always, found grouped together. More likely than not, when they’re all hanging out together, they’re on their boat called a takarabune (宝船) or Treasure Boat.

I’m going to talk a little bit about each one, but before that, real quick, a little about nationalities. Three of the gods, Benzaiten (弁財天), Bishamonten (毘沙門天), and Daikokuten (大黒天), are originally found in Hinduism, so of Indian descent. Fukurokuju (福禄寿), Hotei (布袋), and Jurojin (寿老人), are from China, coming from both Buddhism and Daoism. And lastly, there is Ebisu (恵比寿), who I did a whole show on back in Episode 28, The Leech Boy Who Became a God. A very strange story goes along with him, if you’d like to listen to episode 28.

Who are the Seven Lucky Gods?

So let’s run through and learn a little about each lucky god. And why not start with Ebisu, the sole Japanese in the bunch? Ebisu (恵比寿)is the god of prosperity and wealth and of having an abundance of food. He’s the patron of fishermen, too. That’s how you can recognize him in the bunch. He usually carries a fishing rod in one hand and a fish in the other. I’ve always like Ebisu because the town where I live, being a fishing town, has a yearly festival dedicated to him in November. It’s quite lively and packed with outdoor stalls selling lucky Ebisu-themed goods for businesses big and small. I see his image a lot. Oh, and he’s also got his own beer named after him. Yebisu beer. So check out that label next time you grab a can. 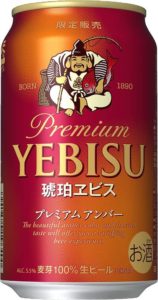 Now to Daikokuten (大黒天), who kind of looks like Ebisu. Squat, funky hat, smiling face. But Daikokuten doesn’t have a fish or rod, instead he carries a big hammer, used to grant wishes, and a bag of treasure. Daikokuten actually originated from the god Shiva in the Hindu tradition. Which you would never imagine looking at him. These days he’s the lucky god of agriculture, rice, cooks, farmers, and bankers. Because bankers need gods, too. You know. You’ll often find him paired with Ebisu when displayed at restaurants or businesses.

Moving on. We have Bishamonten (毘沙門天). Remember the fierce-looking god who pointed at you from the boat earlier. The one wearing old fashioned armor and carrying a spear? Well, that is Bishamonten, also from the Hindu tradition. A god of fortune and battles, authority and dignity. He is the protector of those who follow rules and behave. Not only is he carrying a spear, but he also had a tiny pagoda or stupa in his other hand.

Next. Benzaiten (弁財天), Benten (弁天), Benten-sama (弁天さま), or Benzaitennyo. Also from Hinduism originally, the only female in the bunch, she comes from the goddess Saraswati. You’ll find her carrying a biwa, stringed, lute-like instrument and a white snake. She’s the patron of artists, writers, dancers, actors, and geisha.

Now look over there at the very tall, very old fellow with the long white beard, walking stick, and scroll. This lucky god comes from Chinese Taoism and does resemble an old Taoist sage.  Oh, and on that scroll of his is written all the wisdom of the world. Sometimes you’ll see him with a white stag or maybe cranes or tortoises. He symbolizes longevity and his name is Juroujin (寿老人), and sometimes thought to be the incarnation of the southern pole star, Nankyokusei (南極星). He’s the only lucky god thought to be based on a real person.

The god that sometimes confused with Juroujin is Fukurokuju (福禄寿). Also from China, he’s thought to be the reincarnation of the Taoist god Hsuan Wu. He’s cool in that he doesn’t have to eat (I guess the other gods do) and he can raise the dead. You can find him hanging out with a turtle, a crow, or a deer. While also carries a cane and scroll similar to Juroujin, he’s easily identifiable because of his great big, long head; no hat or covering. From him you will procure wisdom, luck, longevity, wealth, and happiness.

Lastly on the takarabune is Hotei (布袋) and you might be familiar with him. He’s the image often confused with the Buddha until the day you learn the Buddha wasn’t overweight. Hotei has a big ol’ fat belly and is laughing hysterically. He is the god of contentment and happiness. He’s said to be a guardian of children, diviners, and barmen. He carries a big cloth bag that never empties and can be used to feed the poor and needy.

Next time you see Hotei note his long earlobes. In Japan those are called fukumimi (福耳), or lucky earlobes. Even now if you have long lobes your Japanese friend might tell you, you have fukumimi. You’re lucky!

Occasionally you’ll find the long-foreheaded Fukurokuju missing and in his place, Kichijouten. Kichijouten is another goddess who also goes by the name Kisshouten or Kisshoutennyo. There is a story of her being the wife of Vishnu. She is beautiful, happy and fertile You can recognize her by the Nyoihouju gem she’s holding in her hand.

An interesting bit of trivia, is that while usually you’ll hear about the Seven Lucky Gods, every once in awhile, you’ll hear about eight. No, it’s not that Fukuokuju AND Kichijouten are both in the gang. Nope. It might be because okame, remember her?, the rosy cheeked plump lady of luck has joined the group. Or perhaps oinari, a fox god, who looks after agriculture, rice, tea, sake, merchants and sword-smiths is hanging out with the other seven.

So there you have it, the Seven Lucky Gods and their Treasure Ship.

So let’s imagine that Treasure Boat riding in from heaven and the Seven Lucky Gods on board waving at you, tossing handfuls of good luck, longevity, happiness, contentment, business success, plenty of food, beauty, wicked sword-smithing skills or fertility, if that’s what you’re going for. There is something for everyone.

Thank you all for listening listening. I hope everyone of you have a truly wonderful 2021. I’ve still got loads of topics for the show, but that doesn’t mean I don’t want to hear ideas from you. If there is something you’d like me to talk about or look into, please let me know. I can’t promise, but this year I’m going to try and work patrons and listeners ideas in as episodes.

Oh, remember in November or thereabouts, I mentioned I had a little goal to get 200 patrons by the end of the year? Well, I did it. I mean, I didn’t do it. You did it. So an extra big thank you for that.

And finally, don’t forget to be on the lookout for my new other show: “The Soothing Stories Podcast”, which will be me reading some interesting classic stories with chill sound and music. The sole purpose being to escape the woes of the day for a little while. The first episode will launch on January 27th or 28th depending on where you are in the world. I’ll let you know more next time we talk and of course on social media.

As they say in Japan:

Kotoshi mo yoroshiku onegaishimasu (今年もよろしくお願いします) which translates into something like, I hope to continue our good relationship this year.

Thanks again, and I’ll talk to you again in two weeks. 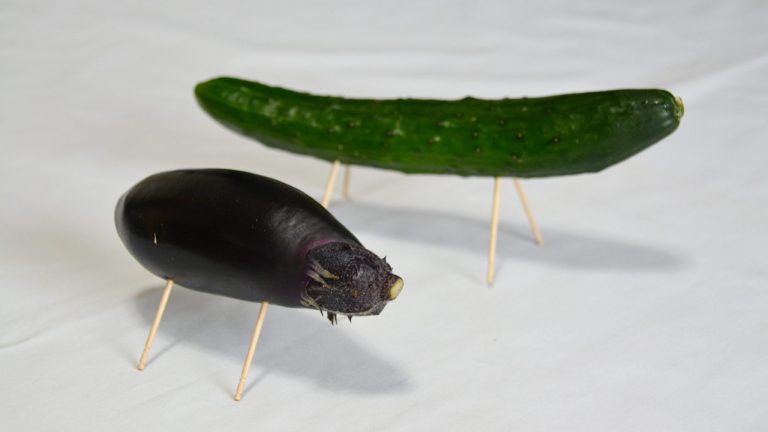 On Cucumber Horses They Ride: Obon Part One (Ep. 8) 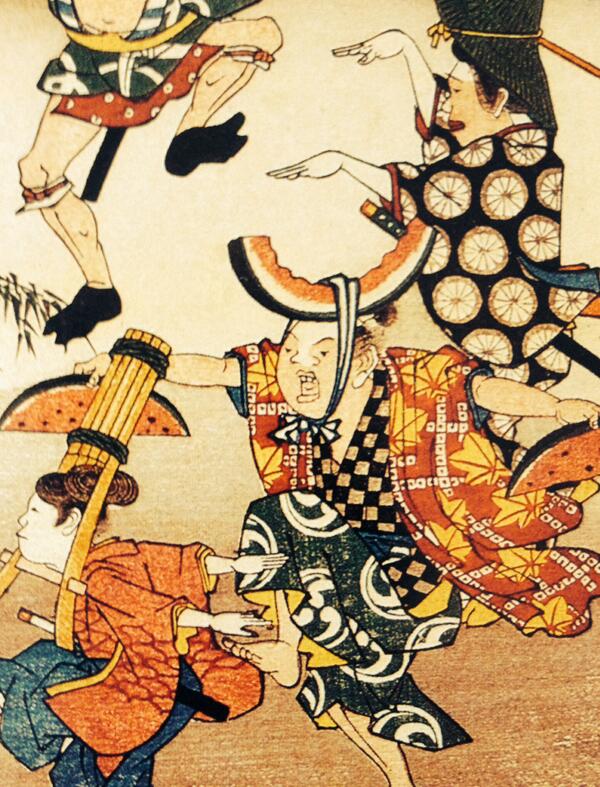 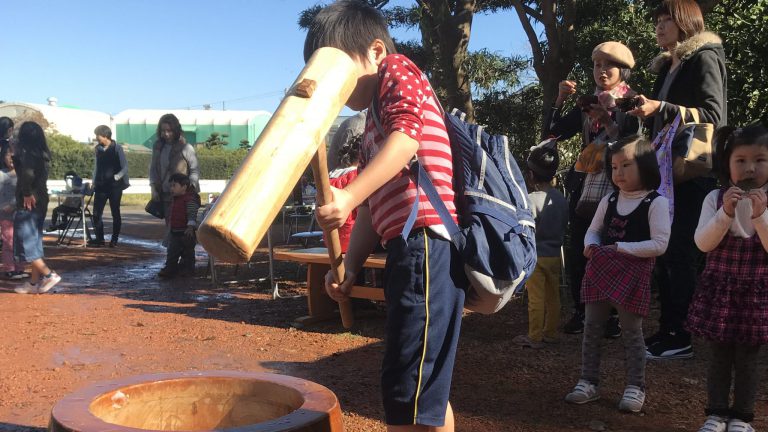 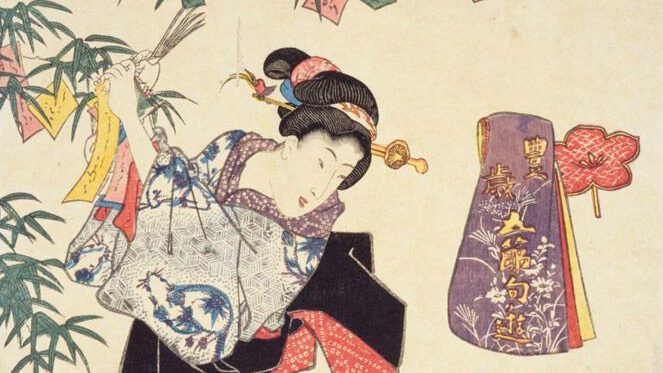