Contents
1 What is Kanreki?
2 How You Celebrate Kanreki
3 Other Auspicious Birthdays
4 Yakudoshi/Unlucky Years
5 How to Mitigate Bad Luck
6 Credits
7 Related Posts

Today’s show marks the sixtieth episode of Uncanny Japan. And here, reaching sixty is a big deal. That is, reaching sixty years of age, not so much the number of podcast you have up. But anyway… When you reach the big six oh, it’s called kanreki (還暦) and you celebrate by dressing up in a bright red vest and bright red billowy hat and you sit on a bright red zabuton cushion while holding a white folding fan. There’s more.

Today I’ll talk a little about that, a little bit about some other auspicious birthdays, as well as yakudoushi (厄年), the calamitous or evil years. Per Japanese tradition, we all have them and they’re not to be taken lightly. So in this episode I’ll tell you how people in Japan celebrate the good years and mitigate those wretched ones.

Hey hey, everyone. How are you all holding up?

I’ve got a touch of news. The anthology of essays, Inaka: Portraits of Life in Rural Japan, published by Camphor Press, is officially out. My piece called “Sticky Ghosts and Other Missteps” is in there along with a bunch more good looking essays. I just got my copies yesterday and can’t wait to read. Last I checked it was around eight bucks for an ebook on the Camphor Press website or Amazon. The title again is Inaka: Portraits of Life in Rural Japan. It’s got a gorgeous cover, too.

In other writing news. I don’t talk about it a lot, but some of you might know that I started this podcast as a way of dealing with and trying to survive a very bad situation. I managed to find the strength to leave that, had some months of normalcy before realizing I was entangled in yet another truly horrible place. That also took a year or so to get out of, but I did. The whole time, though, this podcast has been my anchor and a way of keeping me sane.

Now, everyone, reach over and knock on or touch wood. Despite this pandemic and the chaotic state of the world, after almost four years of not really writing anything new except the podcast and the Bedtime Stories for patrons, I started working on a mid-grade book. It’s all brand new and incredibly fun. I am so excited about it, it’s all I want to do. There is adventure, mystery, scary bits, warm fuzzies, and youkai. My plan is to have it ready to send to my agent before the end of the year and see what happens. Fingers crossed.

Okay, today’s topic: Kanreki or your sixtieth birthday. The two characters mean something like “return or circulate years”, basically it means “one full cycle”. When you reach sixty years of age, you’ve completed this one cycle and are in effect born again.

Now the custom of celebrating one’s kanreki started in the Nara Era, sow way back in the seven hundreds. Back then living to be sixty years of age was living to be very, very old. A little trivia: we all think of Japan as having one of the longest life expectancies, and it does, but before WW2, the average life expectancy here was 50 for me, 54 for women.

So, anyway, how do you celebrate your kanreki? By having a nice get-together and a fancy meal, of course. The person who is in their sixtieth year will sit at the place of honor on a red zabuton cushion. They’ll don in a red vest, called a chanchanko ( ちゃんちゃんこ ), a red billowy hat, called an e-boshi and they’ll also be given a white fan to hold. You’ll notice there is a lot of red in the celebration.

This is because red is associated with luck, prosperity, health and warding off bad luck and evil, as well as birth. Remember your kanreki is a time of rebirth. Aka-chan, or red one, is the word for baby in Japanese.

Some other red things. While there are many variations, you will probably find served with your fancy meal, sekihan (赤飯)(sticky rice with red azuki beans), — you’ll find served a lot for special occasions — red sea bream (or tai (鯛), which sounds like medetai (めでたい), which means to celebrate) and shrimp or lobster, both red and having curved backs and long whiskers, symbolizing a long life.

It used to be sixty was the age of retirement, so not only was your kanreki celebrating your super long life, it also meant if you were the head of the household you could now step aside and allow your child to take over the family business. The wife on her kanreki would give a shamoji (one of those rice paddles) to her daughter-in-law, as a way of indicating the same thing. Get to work.

These days it seems the celebration is more just a time to get together, be thankful, eat good food  and have some laughs. Not a lot of retiring or revering the ripe old age of sixty, which by all accounts is still young.

So young in fact, I’ve heard some people would rather not have the get-together and dress up in the vermillion garb. Maybe they’d just like to receive a pair of red underpants with kanreki written across the butt. I don’t know about the olden times, but it does have a playful vibe to it now.

After you get through your kanreki, there are also some other celebrated years.

When you turn 70 you have your koki (古希) which means ancient or rare and the celebratory colors are purple.

On your 120th birthday we would celebrate daikanreki (大還暦), big kanreki, because you’ve just completed your second sixty-year cycle.

There’s one more. Ready? If perchance you reach the ripe old age of 250, it’s called tenju (天寿) and the ten in tenju means heaven.

I’ll have all the kanji for those in the transcript on the website.

Those are the good times. Now let’s do a 180 and look at our yakudoshi, calamitous, unlucky, or evil years. It’s during these times you are believed to be more susceptible to some sickness, misfortune or other disaster.

Now, as nothing is ever all good or all bad, another way I’ve heard these years described is not so much evil, but years that involve great change. Changes in your life or body.

Here’s an interesting note about measuring how old you are by old Japanese standards. There is something called kazoe-doshi (数え年). When a person is born they are counted as one year old. On their “what we in the west would call their first birthday” they would be turning two. It makes sense. The time you’re in the womb, you are indeed alive.

So keep that in mind if you’re every reading about ages and find a year discrepancy in your research. The older age is probably their kazoedoshi. Kazoedoshi makes you older.

Again, some differences depending on where you are  in Japan, but these are my area’s yakudoshi years, and when I read around, pretty much standard for most places except Okinawa.

Among those three ages, the most dangerous year to watch out for is 33 for women and 42 for men. Those are called daiyaku (大厄), big misfortune, big disaster, big evil. Side note: I didn’t even realize it at the time, but my daiyaku really was one of the if not the worst year of my life.

If you’re not one of those ages, don’t think you’re getting off scot free by only having three potentially crisis filled years in your life. There is something called mae-yaku (前厄)and ato-yaku  (後厄). Pre misfortune and post misfortune. Basically, it means that the year before and after each of those years are also suspect.

How to Mitigate Bad Luck

But, Terrie, you ask, how does one be careful if you’re coming into a yakudoshi year? I asked that very same question and was told not to overdo it during those years or maybe better said, don’t press my luck by doing anything too adventurous or out of the ordinary, no long trips, no important undertakings, not risky life changes, because they might turn out very, very badly

Also, it’s common for people to pray at shrines or temples and to buy omamori (お守り), or protecting amulets. You can also get a yaku-barai (厄払い), or a kind of cleansing ritual done to ward off any bad energy and keep you theoretically safe.

One thing I just read about but hadn’t heard before is the old tradition of abandoning a personal item, for women a comb, needle, or hair ornament; for men a writing brush, work tool, or fundoshi, Japanese loincloth at a crossroads. It’s believed all the people passing over this place will dissipate the bad energy. So if you’re ever at a crossroads and run across some old fashioned underwear, well, you know why they’re there.

Finally, I read that you can drop coins, the number equalling the same number as your age, at that same crossroads. Passersby will pick them up…thus dissipating your bad luck.

Oh, finally, speaking of sixty, Uncanny Japan has 168 patrons at the moment and, okay, I know that’s a crappy seque, but I was thinking how wonderful it would be if we could get up to 200 by the end of the year. If you’ve ever thought about supporting the show Google Patreon and Uncanny Japan and there we are. $5 a month seems to be a sweet spot, with a monthly story, some binaural relaxing sounds, I’m learning to put together some little videos of local interesting areas, things like that.

Rich Pav, sound and tech man, is also just about ready to launch a Youtube Japanese home cooking channel. We’ll add another tier for $10 a month where you’ll get everything mentioned above along with with early access and bonus content from Richard, as well as, online study-related goodies. Right now we’re thinking of using anki and quizlet to make flashcard decks for all the vocabulary that come up in the cooking videos and in the podcast. I’ll let you know when that launches.

And there we go. Lucky years, unlucky years and how to celebrate the good stuff and protect yourself from the bad stuff.

Thank you for listening, stay safe and healthy. I will talk to you again in two weeks.

Previous
« Koumare Ishi: Inexplicable Rocks That Predict the Deaths of Monks (Ep. 59)
Next
Oiran: The Glamorous and Wretched Life of a High Courtesan (Ep. 61) » 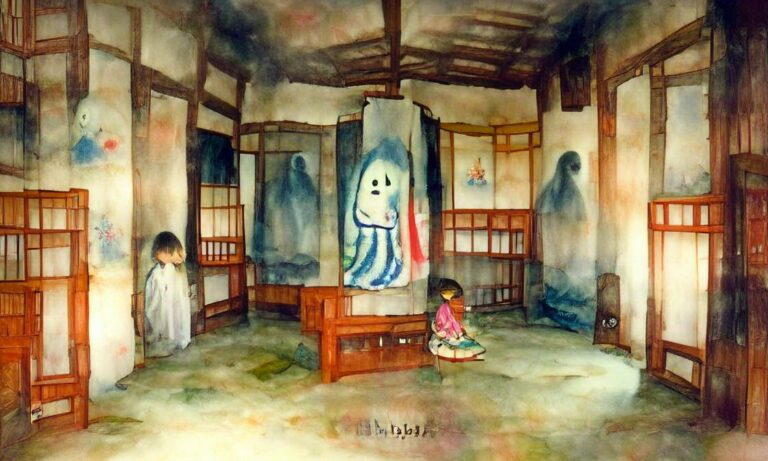 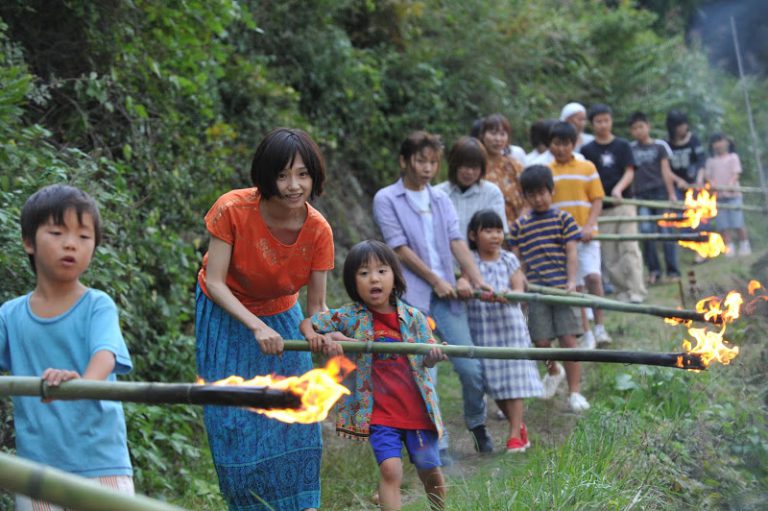 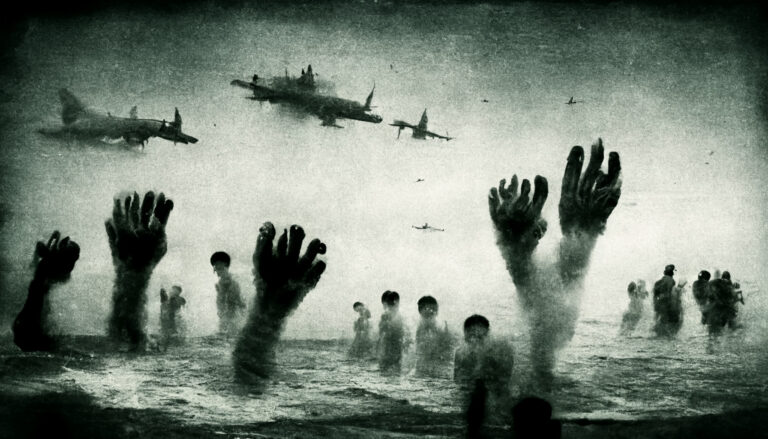 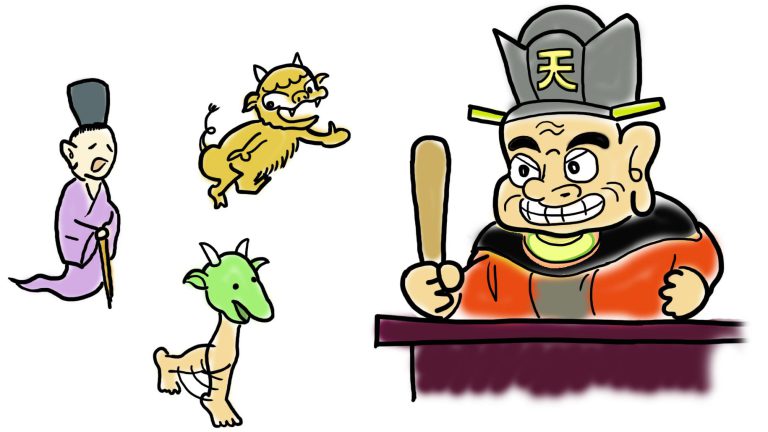 Koshin Shinko: The Three Worms in Your Body (Ep. 3)