Contents
1 My Favorite Theory
2 A Second Sighting of Utsuro-Bune
3 A Different Take on the Story
4 What Do You Think?
5 Credits
6 Related Posts

Today let’s explore the strange legend of utsuro-bune, the hollow ship. Was Japan really visited by UFOs back in the early 1800s? Is there proof? 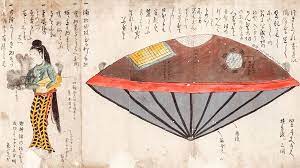 Here are a couple drawings of the strange princess found in the floating ship. 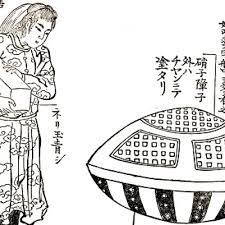 We’re being visited by UAPs, Unidentified Aerial Phenomenon. Or you might be more familiar with their older name: UFOs. There is a lot of interesting news coming out these days. You’ve probably seen it.

Well, guess what, they’ve been coming for quite awhile and I have proof.

Today let’s talk about the utsuro-bune (虚舟) or utsuro-fune, the legend of the hollow ship.

Hey hey,  how are you? I have a question. Have you ever seen an unidentified aerial phenomena? Well, you’re not alone.

Way back on Feb. 22nd 1803, on the Eastern coast of Japan in what is now somewhere in Ibaraki Prefecture, a group of fishermen saw a strange, hollow boat or utsuro-bune, floating all by its lonesome in the sea. No one had seen anything like it.

There are several detailed ink drawings of the ship, but let me try to explain. Imagine a round, overturned saucer-type shape on the top — your typical UFO flying saucer — with the bottom being similar in shape but coming to a point at the very bottom. The whole vehicle was about 3.3 meters or almost 11 feet high, and 5.45 meters or almost 19 feet wide.

They thought the top looked to be made of red coated rosewood and it had several windows. The windows were made of glass or crystal. The fishermen looked inside and see the walls were decorated with texts they couldn’t read, two bed sheets, a bottle of water, some cake and meat.

Also, inside the utsuro-bune, was a beautiful young woman who spoke a foreign language and stood only 1.5 meters tall, so about five feet. Her skin was pink, her hair and eyebrows red but she had white extensions, possibly made of fur. Her clothes were of an never before seen fabric and design

The fishermen towed the floating ship ashore and everyone tried to communicate with the woman, but no luck.

Oh, before I forget, she was also holding onto a box that she would not allow anyone to touch at all even though they were being very persuasive about it.

There are different theories as to who she was and what she was sailing in, but one of those theories is she was an extraterrestrial and her ship a spaceship.

I think my absolute favorite part of this legend, though, is that after this all happened an old villager made up a story as to what he thought was going on.

He said something like maybe the woman was a princess from a foreign country who was married, but she had had an affair with one of the townsmen. Well, this caused a big scandal and her lover was killed, beheaded, and the princess would have also been put to death, except she was quite liked by the townspeople, so it was decided she would only be banished.

What is preferable to death? Being cast to sea in an utsuro-bune, carrying your lovers head in a box.

This far fetched idea wasn’t completely unfounded, however, it seems that before that incident there was another in which a woman was washed ashore along with a small board that had a severed head pinned to it.

So anyway, as it turned out in most versions of the story the villagers put the woman back in her hollow floating vessel and return her to sea. Like, gee…

Although, one variation does have her living there until old age. But as detailed as this story is, the date, the drawings, that she had cake in her vessel, but there were any other details about her life in the town. I’m a little suspicious about that.

So let’s say they put her back out to sea.

A Second Sighting of Utsuro-Bune

A month later on March 24th in a different part of the prefecture on a beach called Harato no Hama another strange boat washed ashore.

This one was described a lot like that first one. Same shape, windows with bars. The bottom covered in iron plates (the first one had this, too). The woman was the same height, same beauty, long hair, strange outfit, but her skin was said to be as white as snow. In the ship there were soft carpets, cake, and meat as well as ornaments and a pretty cup. AND if you had any doubts, she was reported to be carrying a box no one was allowed to touch.

These accounts are still being investigated today. There are those that say, no, not a UFO at all, while other people insist that it was. They say that the symbols noted on the utsuro-bune are similar to the ones reported at the Rendlesham Forest Incident in England as well at ones found in caves that have drawn on the walls strange figures and weird symbols.

Some say that it was actually an unidentified submarine object. Or perhaps a UFO, unidentified floating object?

A Different Take on the Story

I’ll leave you with an interesting take. In 1844 there were some more studies about these incidents. One line of thought was could it have been Russia related. Of course the clothes and hairstyles are different. Some Russian women have naturally red hair and at that time they would dust it with white powder.

Let’s push this a little further. Have you ever heard the Tale of The Tsar of Saltan? Here a Russian Tsar named Saltan married the youngest of three sisters. The other two sisters he hired to work in the palace as a cook and a weaver. They’re not happy about this at all. As a matter of fact, they’re jealous.

Well, their little sister gets pregnant and the Tsar goes off to war and they decide to act. They wait until their sister delivers her baby, then have her sealed up in a barrel and thrown into the ocean. Where the sea takes pity on her and has her and her baby wash ashore on the remote island of Buyan.

Could this be our utsuro-bune beauty? And what’s in the box? Why maybe the baby didn’t make it.

Okay, that’s terribly grim. And too much of a stretch because while it sounds like the legends might fit, in the Tsar Saltan one, the son lives, saves and enchanted swan, rules a city, becomes a mosquito, gets a magical squirrel, turns into a fly, then a bumblebee stings his aunts, etc. Etc. It’s a ride.

What Do You Think?

So I’ll let you decide if our pretty lady riding in her utsuro-bune and dining on cake and meat is a Russian princess with a dead baby in a box or some other mysterious princess with the head of her lover in the box, OR like a whole lotta other people believe, an extraterrestrial who crash landed in the ocean one day.

You be the judge. But do look at the ink drawings up on the website or elsewhere. They’re pretty detailed.

That’s all for today. Thank you for listening. Keep you eyes on the skies, or on the ocean as the case may be. I’ll talk to you again real soon. Bye bye! 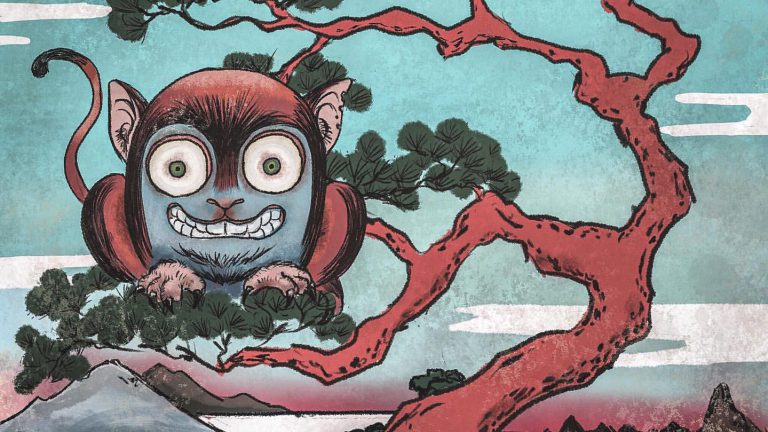 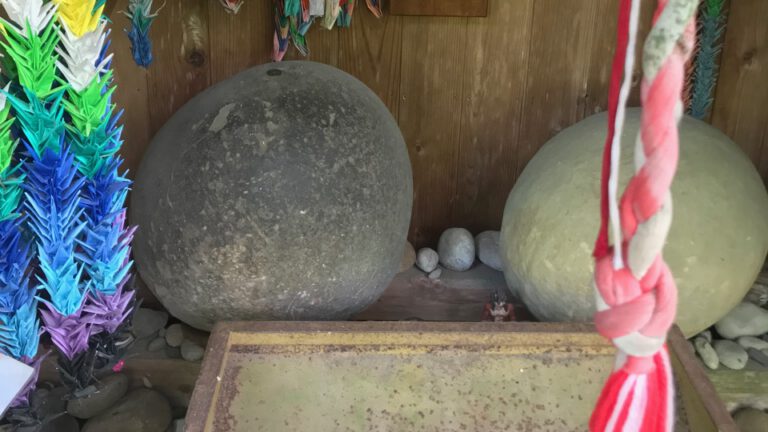 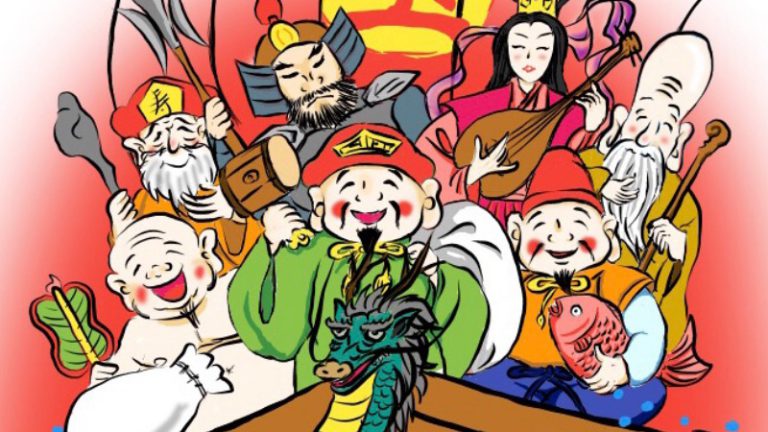 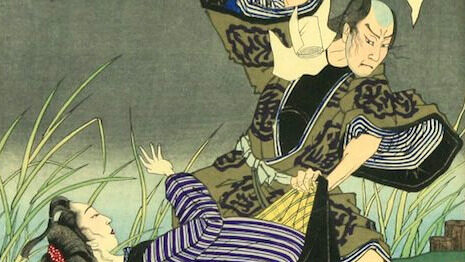