Contents
1 What is Mushi Okuri?
2 Revival in Japan
3 Credits
4 4 comments on “Mushi Okuri: Sending Off the Bugs (Ep. 79)”
5 Related Posts

Timing is a little off because I’m in the States at the moment, so it looks like you’ll be getting an extra episode this month. This one is about an event that usually takes place in June, so I want to get it up in the relevant month. It’s a lovely way to keep the insects away.

Let’s say you have a plague of insects, like, I don’t know millions of cicada awakening after a years-long slumber. Or worse, bugs that would rather devour your crops. And let’s say this is happening I don’t know 200 years ago so you don’t have your pesticides or DDT to wipe them out.

What do you do?

Why, you have a mushi okuri–an absolutely delightful festival, with dances, and Buddhist or Shinto prayers, and taiko drumming, flute fluting. And then at dusk your entire village lights torches and marches in long, long lines along the narrow paths between the rice fields, enticing all those nasty bugs to follow you as you lead them away.

I just learned about this charming and delightful tradition recently. It’s called mushi okuri, (虫送り) or sending off the insects.

Today let’s listen to the frogs I recorded from my bedroom window at three thirty am and talk about mushi okuri, sending off insects. Also, sometimes called mushioi (虫追い), chasing away insects.

Hey hey, How are you? Just a head’s up, Patreon peeps get this enchanting, dare I say, mesmerizing binaurally miked gajillion frog ensemble you’re listening to now to fall asleep to, or to relax to, or to have wildly freaky amphibian dreams to.

I want to mention, that over the years I’ve had listeners ask if there was a way to show their support for the show without doing a long time subscription deal. Like, if there was an episode they particularly enjoyed could they help out but not necessarily for months on end.

So I finally got around to signing up to Buy me a Coffee. Or in my case, it’s buy me an oni (only five bucks a pop). I’ll put links in the show notes on the website and up on Twitter and Facebook. It’s actually all one word: buymeacoffee.com/uncannyjapan

Anyway, that’ll be the place if there’s ever an episode you particularly like and want to say well done! Or yoku gambatta! You can do so there. It doesn’t have to be subscription, it can just be a one off thing if you’d want. Also, you can leave messages which is cool because then I get to learn what kind of episodes you like best and can make more of the same type of content.

And ~also~ I’m going to put up for those who want to do the Buy me an Oni thing, the same 25-minute long, randy, rice field frog orchestra that is going up on Patreon, there as exclusive content as well.

What is Mushi Okuri?

Okay, today’s show. What’s this about sending away bugs? It looks like the practice has been around all through Japanese history, but it’s said to have really taken off about 200 years ago at the beginning of the Edo Era. That’s when indeed a large plague of insects devastated crops. People were like, we need to do something and they came up with this brilliant tradition.

I got the impression that this is quite a minor event that takes place only in super small rural areas of Japan with lots of rice fields. And I was just about to say I’d never heard or seen it in my thirty plus years here, so it must be really rare. But then I did a quick search and voila! I found there’s a place not too far from me where they do it. So it seems to be one of those festivals people living nearby know about and take part in, but not necessarily a big crowd drawer.

Oh, and I would be remiss not to mention that in 1967 mushi okuri was designated an Intangible Cultural Property of Japan.

So what is this mushi okuri business?

It’s a yearly event, usually taking place sometime in June or July, when the locals get together to ceremoniously expel harmful insects from their fields and pray for a bountiful crop. They do this by having a festival with dances and music, a little ceremony and prayers, and then ending with long processions of torch carriers leading all the bugs away from their delicious crops.

Now of course there are a bunch of different versions and nuances, but let me describe one that I found quite quaint. Here a small wooden boat complete with sails and little decorations is built and certain townsperson designated to carry it.

At the top of the mountain there’s a ritual and a sacred fire is lit, then after some prayers the villagers go one by one to light their torches or hote. With the boat carrying person in the lead, everyone follows down, down, down winding their way through the footpaths between the water filled rice fields.

Everyone carries their torch parallel to the ground with the fire end facing the terraced fields. I’m guessing this is for two reasons, one to better lure the bad bugs away and two perhaps to prevent ash and fire and stuff from falling on your head. It looks like a lot of children take part in this event. So safety first.

Anyway it’s long procession that ends at the beach and there the boat is floated in the sea, where it’s tied to a small motor boat that pulls it slowly away from shore with presumably all the insects on board.

It sounds like this tradition has been kind of rekindled in Japan or brought to people’s attention because of a book then movie called Rebirth or the entirely cooler name in Japanese: Youka me no Semi(八日目の蝉). I’m not sure I can do the title justice, but The Day Eight Cicada? The Eighth Day Cicada, The Cicada of the Eighth Day might be better.

A student once explained it very poetically to me, saying something like a cicada lives underground for years, to finally crawl its way to the surface where it only lives seven days. But what if there were a cicada that lives eight days? How lonely would it be? Don’t at me about how cicada don’t all crawl out of their skins on the same day and drop dead on the same day. That’s not the point. It’s poetic.

Anyway, the book was popular I believe and the movie won a bunch of awards and in it the protagonist returns to Shodoshima or Shodo Island where she and her son take part in the mushi okuri festival.

It’s so pretty with the torchlight at sundown, fire reflecting in the flooded terraced rice fields, everyone chanting “Toumose tomose!” Light a fire, light a fire.

And I think that it is all so romantic, although that might not be the word I’m looking for, thing. Strolling through scenic rice fields at twilight, torch in hand, like a modern day Pied Piper, escorting all manner of insect to the sea where they can board a tiny boat and sail off into the sunset.

Some mushi okuri traditions don’t end at the sea and use a different method of ridding the town of insects. For example, a straw horse with a straw soldier on top is carried down the hills. These used to be floated down a river to exterminate the vermin. But recently I read they’re re-used. I even found a town in Hiroshima that makes a wonderful creepy effigy of a military man named Sanemori Saito who commanded the Heike clan. Back in 1183, this Sanemori Saito tripped over the stump of some cut rice and made a curse that he would come back as a harmful insect and ruin the fields.

They call this almost life sized doll Sanemori-san and after marching him through the fields and having him attract his buddies the harmful bugs, he is ceremoniously thrown into a river to drown.

Some mushi okuri festivals have fireworks, some have bonfires, and some have old townspeople dress up as insects while their friends do a mock beating of them.

This isn’t just about real bugs, the practice also signifies purging all the bad or evilness from your body.

I’ll end by saying that because nowadays there are more pesticidal ways to control bugs that eat rice and also because having an entire march around with torches can be a fire hazard, a lot of areas have quit the tradition. But if you live in Japan or plan to be here during June or July, I encourage you to check your area to see if they might just have a mushi okuri festival you can take part in.

Thank you all for listening, stay safe and well, and I’ll talk to you in two weeks. 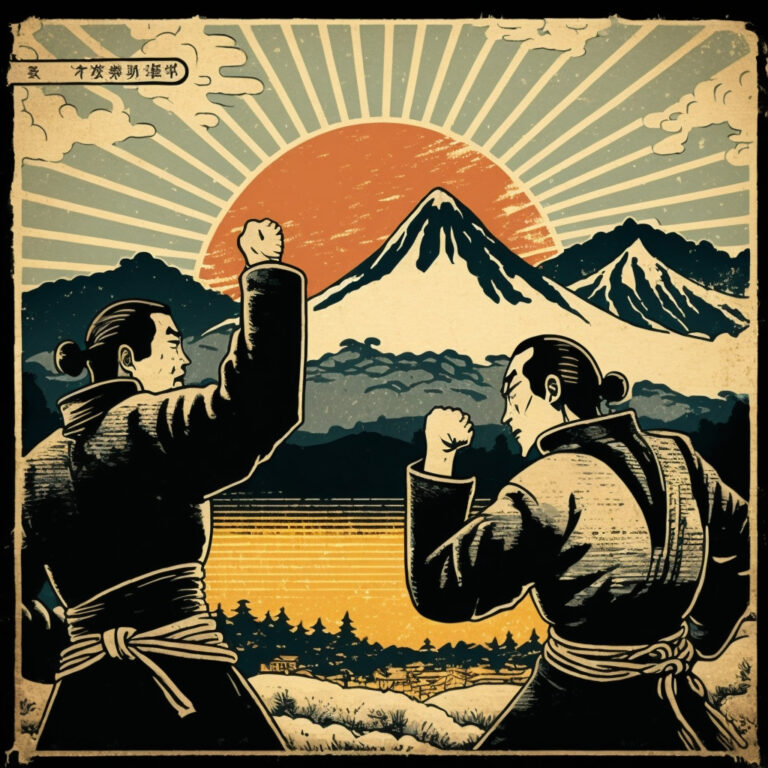 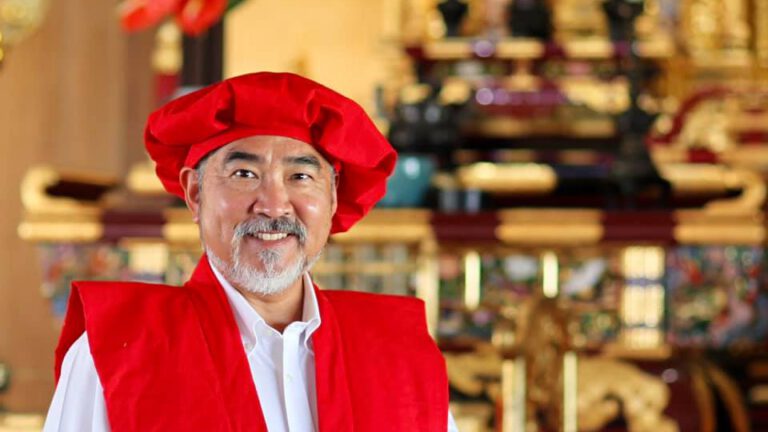 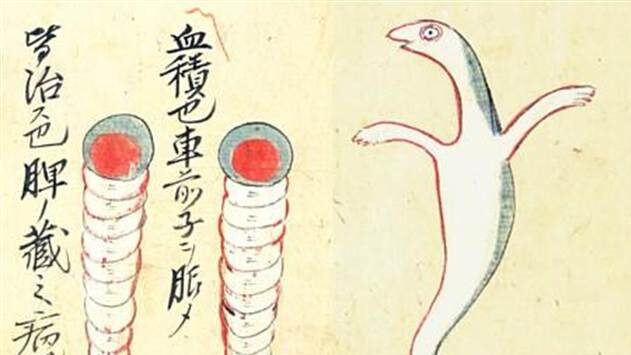 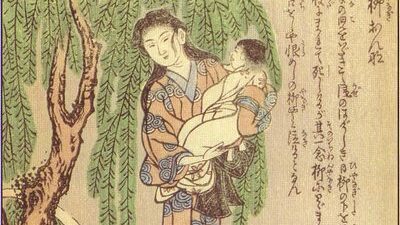